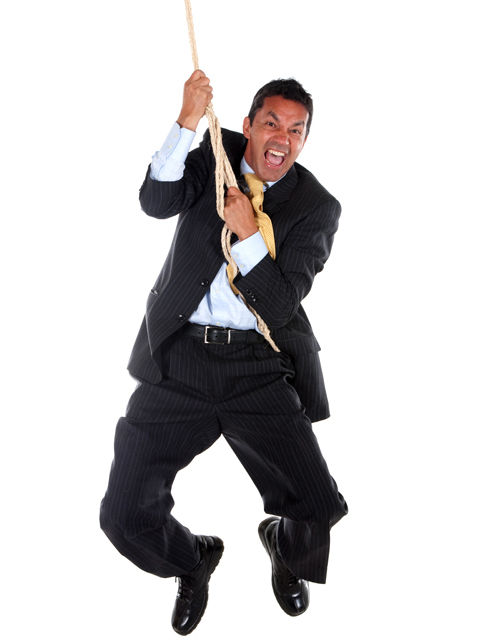 This morning I spoke to an audience on the Celebrity Equinox Cruise Ship somewhere in the Mediterranean Sea…about how to resolve conflict. But, in truth, sometimes resolving a conflict can take a Herculean effort.

How many times have you gone away from a conflict feeling as though nothing beneficial happened? As an executive coach, I’ve found five important reasons why attempts at conflict resolution often fail.

The easiest thing to do in a dispute is to get off message and begin chasing rabbits. If two account executives, Ron and Janice, are feuding over how to best court a prospective new client, little is accomplished if Ron launches into a diatribe about how Janice’s hiring was done to fulfill a gender quota mandate from the home office. Rabbit chasing is usually counterproductive. It strikes at the very heart of the relationship we need to maintain in order to overcome a conflict. The bottom line: stay on message. Unless it’s vital to the goal of resolving the dispute, rehashing old issues is rarely wise.

Often when people are in the midst of a dispute, they fail to see the ocean of options before them. As the disagreement continues, they become more and more rigid. We sometimes refer to an elderly person as being “set in his ways.” Believe me, being set in your ways has nothing to do with age, lap blankets, or drool cups. Some of the most set-in-their-ways-people out there are barely old enough to suck air. What about two toddlers fighting over the same toy while an even more enticing one sits just behind them?

What about the husband and wife who are stressed about the credit card collectors who are calling six times a day? Mom really wants to stay at home with the kids, but she feels the need to get a job and pay off the debt. Dad believes he should be the provider and that the children need their mother at home. He stubbornly refuses the whole notion. Days turn into weeks. The couple stop speaking—except to act nice in front of the kids (who are smart enough to know something is wrong). Since the space in the middle of their king-sized bed has become a no- man’s-land, the marriage has lost its intimacy. By this time, it’s become more than a dispute over Mom’s job. Now it’s the fear that one of the two will lose his or her power and self-worth by giving in. All the while, the old dilemma is still there — and the bill collectors are still dialing for dollars. What if our couple elected to do some out-of-the-box thinking?

We all react based upon our perceptions. Not all perceptions, however, are correct. Objectivity is sometimes slain on the altar of past experiences and prejudices. Misconstruing a situation can cause us to respond incorrectly. Many conflicts could be avoided (or, more readily resolved) if we made a sincere effort to approach them with an accurate perspective and as little emotion as possible.

Most of us tend to avoid certain things. I’m no fan of snakes, licorice, or conflict. But, in truth, they all have their upsides. Some- times the challenge is to look beyond the immediate havoc for a long-term gain. Snake venom has medical value. Licorice can turn a six-year-old boy’s mouth into a color that will keep his sisters out of his bedroom. And conflict (if correctly approached) may be the beginning of greater understanding, renewed vision, and the accomplishment of unexpected goals.

When a soldier is mistakenly shot by a fellow soldier, the military calls it “friendly fire.” In our lives, conflict often erupts at the moments of greatest emotional and physical pain — times when we don’t perform at our best. Researchers tell us that one of the leading causes of divorce in America are money problems. Many otherwise loving couples make bad financial decisions that lead them down a road of destruction. Before they know it, those credit-financed vacations and “I-have-to-look-cool” car payments have swamped their boats. Instead of locking arms and facing the problem together, each tends to blame the other. And as the credit card collectors’ phone calls increase exponentially, so do the accusations. At the very time the couple needs one another the most, they’re blaming each other.