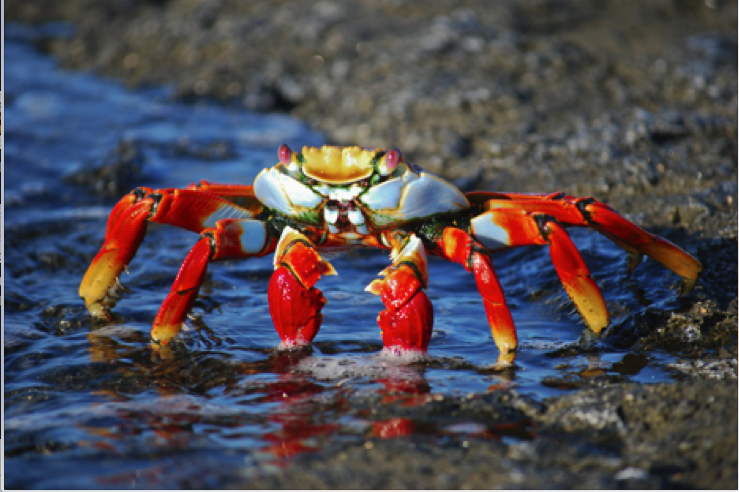 Alexis de Tocqueville said, “Americans are so enamored of equality, they would rather be equal in slavery than unequal in freedom.” He was right.
Tocqueville understood one of the most fundamental of all leadership concepts…one will never be a great leader until she has the courage to step away from the herd when the herd is not performing well. And, on that point, it’s rare when the herd is performing well!
But the drive for popularity and the lust for acceptance means that relatively few people ever learn and internalize this most important leadership principle. Even crabs have their problems in this regard.
Crabs Hate Succeeders
While crabs don’t congregate in herds, their behavior in groups is a perfect example of Herd-Think. Crab fishermen have learned a curious truth about the crustaceans they seize from the sea. They’ve learned that crabs hate succeeders.

When a crab trap is lowered into the sea, the little side-walkers see the bait and rush through the hole in the cage…to their capture. Crabs, as a whole, aren’t too smart. Their IQs begin with a decimal point. But on occasion, a smarter-than-average crab gets into a trap and immediately decides he doesn’t care for the new digs. So, he begins to crawl up towards the hole at the top…and freedom.

You would think that the other crabs at the bottom of the trap would look gleefully up to their liberator and follow suit. But, nooooooo! They don’t think that way. Instead they do everything possible to drag the more intelligent leader back down to the bottom and certain death.

The Continuation Curve Concept
Herd-Think is neatly depicted in what I call the Continuation Curve Concept. Most people tend to do what they and others have been doing. Whichever direction these people have been moving will likely be the direction they will continue to move going forward. In some cases, this makes sense. For instance, most of us would follow 1, 2, 3, 4 with 5. However, herd-thinkers move in the same direction not based on logic, but for this simple reason: that’s what herd-thinkers do. And, sometimes it makes no sense at all.

The Facts Are…
In any grouping (whether it be a business, an association, a church, or a nation) most members will always be herd thinkers. But leaders are those few who dare to think differently. Not simply to be different, but to be true to themselves, even if they must depart the herd to do what they feel is right.
A truly great leader understands four critical concepts:
1) You are the change agent.
2) You set the vision.
3) You wear the game mask everyday.
4) It is your job to find a discernible and legitimate path forward.
But remember—overcoming Herd-Think will never be easy. If it were, everyone would do it. Leaving the herd is hard. The less you are like others, the less others will like you.
Would it be too corny to remind you that it’s lonely at the top?