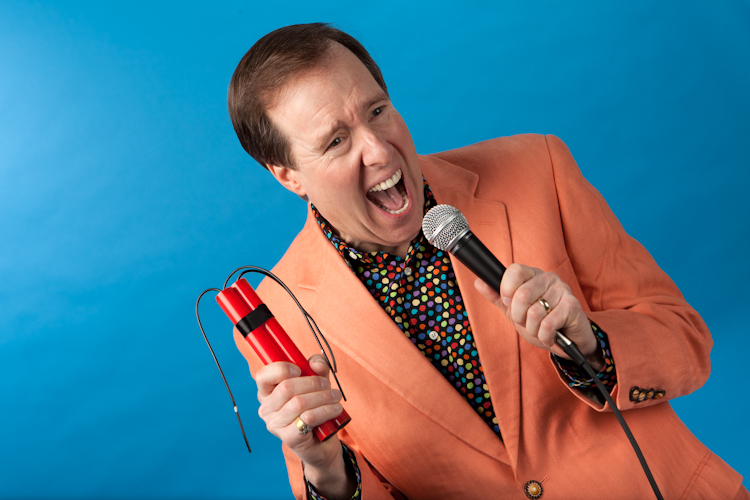 Eat Your Problems for Breakfast

Although the name of this article is inspired by a book title from twenty years ago, I still love that little phrase. One of the most human of all the things we do is try to avoid pain. No one wants to be hurt. For most of us, problems are the quicksand of life. They bog us down and stop our forward motion. Allowed to go unchecked, problems will kill our productivity, energy, passion, and optimism.

A recent survey indicated that nearly sixty percent of employees under age thirty-five want to be managers. But among employees over fifty-four, less than a third said they would accept the title of manager. As a guy who is in his fifties, who gives a Retooled and Refueled Seminar weekly, and who has managed a number of companies, I can tell you exactly why the seasoned pros responded the way they did: They don’t want the grief! Management seems prestigious and exciting to young, inexperienced workers. But as the years pass, reality and cynicism often set in.

However life is too short to spend our days running from its inevitable difficulties. I want to share some strategies that will help you view problems from a healthier and more productive perspective—and learn to “eat them for breakfast.”

It was several decades ago when I began to realize that problems have the potential for good. I noticed that a friend of mine (who was in a pressure cooker job) rarely used the word “problem.” Instead, he chose the word “challenge.” When he hit a really rough patch of life waves, he would often say, “Let’s think about what God is trying to teach us through these challenges.” I noticed that he seemed to weather tough times better than most of the other people I knew. Life has taught me that problems (or challenges) can be the precursor to great blessings. When I was twenty-seven years old I noticed that my left arm ached when I walked fast. I didn’t think much about this quirk until I mentioned it to my doctor one day. His worried look concerned me. To make a long story short, that was when I learned that I have heart disease. By my thirties I would be informed that the disease had become significantly worse and that I would be having quintuple bypass surgery.

Needless to say, that was not part of my life plan. I expected to live forever. And this was a real problem! Or was it simply a challenge?

It’s now been nearly two decades since my surgery. And I can tell you truthfully that the experience has been a blessing on a host of levels.

First, unlike most of my contemporaries, I learned early in life just how precious every day is. I may have been in my thirties chronologically, but in doggy years I was in my sixties. So I determined to use my time more wisely. Suddenly the mundane became important. Time with my family was a gift to be savored.

I wanted to experience all that life had to offer.

Second, this experience forced me to grow up. I became more sober about what is really important. I began to separate the temporal from the eternal. My relationship with God became more urgent and vital. My prayer life has grown and grown. I also made up my mind to do all I could to slow the progression of my disease. I still remember my surgeon. Technically, he was great. But his bedside manner came up a bit short. Soon after my surgery he nonchalantly told me that I’d probably be sick again in four or five years.

When I asked why, he explained that it was because my disease was serious and most people don’t change their lifestyles—they go back to their bad behaviors as soon as the scare wears off. That was the day I determined to do otherwise. Since my surgery I have become a healthier person. I haven’t had a steak in all these years. I work out vigorously at the YMCA and have lost weight. And I take my meds religiously. Anything could happen, but thank God, today I feel great!

Third, God has allowed me to use my illness to minister more effectively to others. The truth be told, I probably wouldn’t have as much empathy for other sick people if I had not experienced my own illness.

Here’s what I’ve learned: Essentially there are three ways to deal with a problem. I call these the “3 R’s.” The first is to “run away.” The second option is to “resist it.” The third is to determine to “resolve the problem.” It won’t surprise anyone when I tell you that my preferred “R” is to resolve the problem. But that’s where the rub comes. Exactly how do you fearlessly stare a problem down and resolve it?

This is where a fourth “R” comes into play. I call this the Roller Coaster Strategy. Years ago, I was afraid of roller coasters. But it wasn’t cool to admit such a “girlie” thing, so I jumped on and did my best to look like I was having a ball. All the time my white knuckles were gripping the bar tightly, and I was pushing as far back in my chair as possible trying to brace for the inevitable.

It wasn’t until some years later that I learned a whole new way to ride roller coasters—a way that made the experience a real hoot. Instead of dreading every turn and drop, I changed my attitude. I got onboard with my mind made up to really enjoy the ride. When the coaster would finally reach its highest point, I would let go, put my hands in the air, lean forward, and dare it to give me its best shot. Wow! Suddenly with the fear gone, I loved the rush. It was fun. Today, I am somewhat of a roller coaster connoisseur.

The fact is, problems (again, I prefer the word challenges) offer the chance for change. If we embrace the challenges that hit us we have the opportunity to grow. They can make us smarter and more careful. They can help us avoid even more painful situations. They can help us help others dodge some of the pitfalls of life. Many of the most effective ministries that I’m aware of were started by broken people. Often people who have weathered tough challenges (pornography, alcohol and drug dependence, divorce, etc.) are the most able to minister to others.