Blog Post The Price I Paid for Not Listening 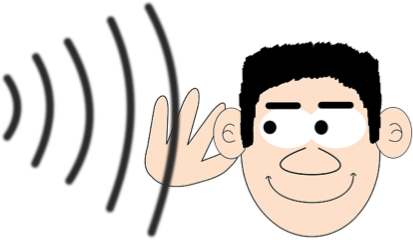 The Price I Paid for Not Listening

By the late 1980s, our business was doing very well. We’d won some awards and were feeling our oats. (That’s a polite way of saying that I was becoming too self-sufficient and not walking as humbly as I should have.)
It was during that time that a local firm asked us to develop an advertising plan. I quickly became convinced that I saw the whole picture and could easily develop a program that would fill the bill. I was courteous and made the routine visits but, deep down, was thinking, “I’ve got it covered—no problem.”
Over the next several weeks, my team and I had creative meetings and discussed the strategies. We conceived designs and a slogan, building a brand for the company’s public identity.
Finally, it came: presentation day! As always, I was enthused. I couldn’t wait to make the pitch. After a couple of hours of razzle-dazzle, we concluded the meeting. They said that they wanted to “think about it.” Okay.
But several days passed with no response. Finally, when I contacted one of the principals to see if they were ready to proceed, their answer was a real disappointment. They didn’t want to go forward at all—at least, not with us!
I mustered enough courage to ask for a follow-up meeting. When we got together, I didn’t push them to reverse their decision. Instead, I simply asked what went wrong.
“Do you really want to know?” one of them asked.
“Yes,” I said, with a lump in my throat.
“You didn’t listen to us! You had your own plans and agendas, but you never really heard us.”
I was stunned. But, they were right. I apologized and left.
After that episode, we renamed our conference room. I took the brass plaque off the door that said, “Conference Room,” and replaced it with a new brass plaque that said, “Listening Room.” I did this to remind us, but mostly me, that our job was much more about listening than it was speaking.