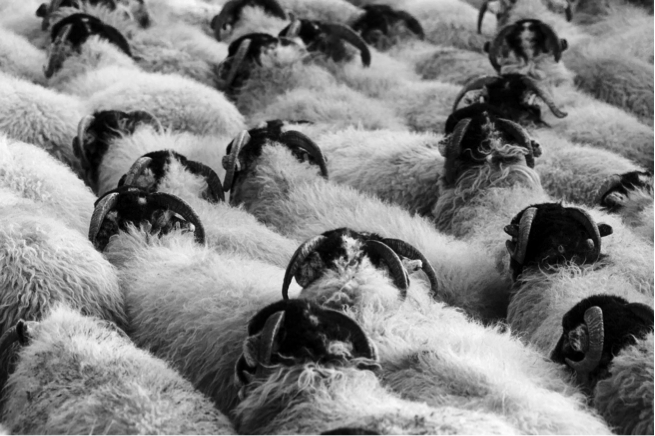 Fast-Forward Leadership Means Not Being Swayed By Herd-Think

Most of the failed people whom I’ve known have been herd thinkers. So, one of the things I warn audiences about is this phenomenon where people all do the same thing. A prime example is people buying the same investment that lots of other people are buying…not because it makes logical sense, but because everyone else is buying it. At the base of this behavior is the fear that the crowd will succeed and the individual will be left out. Also at play is the subtle belief that everyone else must be smarter than I am…simply because they are “everyone else.”
This is one reason we see huge, unwarranted run-ups in the markets and panicked sell-offs. This is why some people sit on the sidelines and watch the markets go up, up, up, then jump in just in time to ride those same markets down. Then they say, “You see! You can’t make money in the market.”

Well duh! If we buy high and sell low, we won’t make money in the market. Generally speaking, the most successful investors are the ones who develop a broadly diversified investment plan, keep their expense ratios low, and buy and hold. It’s not very glamorous. It’s not “what everyone else is doing.” But usually it works best.

This same herd instinct (which I call Herd-Think) plays out in lots of other facets of our lives as well. How we decorate our homes. The cars we buy. The clothes we wear. The restaurants we go to. The social media we spend time on. Even the mortuaries we hire. Yep, they’re all based on Herd-Think. Although Herd-Think of this sort is not particularly harmful, but other forms can be.

Why We Do It

Alexis de Tocqueville said, “Americans are so enamored of equality, they would rather be equal in slavery than unequal in freedom.” He was right.

Herd-Think is popular for several reasons. First, it requires little critical thought or analysis. It allows the individual to simply put his finger in the air, see which way the wind is blowing…and go with it.

Second, Herd-Think plays to the desire many people have to fit in. “After all,” they reason, “even if this doesn’t work out…I’ll be with good company.” But one must remember there is little consolation in being the best-looking horse at the glue factory.
Third, non-herd thinkers make herd thinkers uncomfortable. They challenge their validity. When one departs the herd and begins to think for himself, it scares the herd. “After all,” they reason, “what if by some unforeseen insight this new upstart is actually right, and we’re wrong? What then?”
Immediately the herd goes into self-protective mode. They do all they can to make the non-herd thinker feel like an alien. They ridicule him. They withdraw from him. They make up new, and less than complimentary, descriptions of the non-herd thinker. This explains, in part, why departing from the herd is painful.

But, to truly lead one must look beyond the herd…and be prepared to leave when external data shows him that it’s warranted. Are you ready to depart the herd?