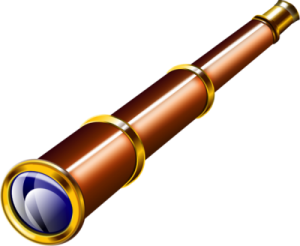 Long-term Focus…What Life Has Taught Me About Leadership Success

One of the most important lessons in success that I’ve learned is the need to focus on the long-term rather than the short term.
Every failure in my life has been because of short-term thinking. This may be true for you, too. It is for most people.
But, a person might say, “No, that business failed because its biggest client pulled out.”
Yes, that may be the surface reason. But sometime in the past it’s likely that a decision was made not to aggressively seek more new clients. Why was that decision made? Because not seeking new clients was easier in the short-term than going out and doing the hard work of finding them.
That’s why drugstores have all that junk at the cash-out stands. They know we’re likely to grab a candy bar or a magazine on an impulse…and spend money we could have used for saving or helping some one else get a meal.
We gain most of our weight not because we really want to look like Sumo wrestlers. We do it because sitting on the couch eating chips and watching reruns is easier in the short-term than kicking ourselves out of the bed and going to the gym…and focusing on the longterm gain.