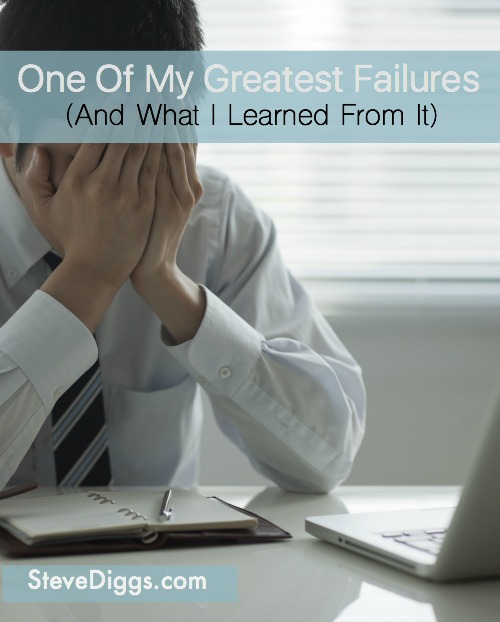 One of My Greatest Failures (And What I Learned From It)

Bonnie and I opened The Franklin Group, Inc. in the mid 1970s. Those first years were tough. We worked lots of seventy and ninety hour weeks. It was typical for me to start early in the morning catching up on paperwork, then to spend most of the day visiting clients and prospects. Since we didn’t yet have an art department, a copywriter, or even a staff media buyer, we would work late into the night producing projects our clients had ordered earlier in the day.

By the 1980s, we had grown. We had a talented staff and a fistful of great clients. By then, we owned an office building on Nashville’s famous Music Row. During that decade, we began winning awards. Local, regional, and even national trophies lined the walls of our conference room. We were a hot young agency, and we were growing fast.

By the early 1990s, the firm had been in business for about 15 years. I suppose we were feeling our oats. (That’s a polite way of saying that I was becoming too self-sufficient and not walking as humbly as I should have.)

It was during that time when a local firm asked us to develop an advertising/marketing plan. I quickly became convinced that I saw the whole picture and could easily develop a program that would fill the bill. I was courteous and made the routine visits but, deep down, was thinking, “I’ve got it covered—no problem.” Over the next several weeks, we had creative meetings and discussed the strategies. We conceived designs and a slogan, building a brand for the company’s public identity.

Finally, it came: presentation day! As always, I was enthused. I couldn’t wait to make the pitch. After a couple of hours of razzle-dazzle, we concluded the meeting. They said that they wanted to “think about it.” Okay. But several days passed with no response. Finally, when I contacted one of the principals to see if they were ready to proceed, their answer was a real disappointment. They didn’t want to go forward at all — at least, not with us.

I mustered enough courage to ask for a follow-up meeting. When we got together, I didn’t push them to reverse their decision. Instead, I simply asked what went wrong.

“Do you really want to know?” one of them asked.
“Yes,” I said, with a lump in my throat.
“You didn’t listen to us. You had your own plans and agendas, but you never really heard us.”
I was stunned. But, they were right. I apologized and left.

After that episode, we renamed our conference room. 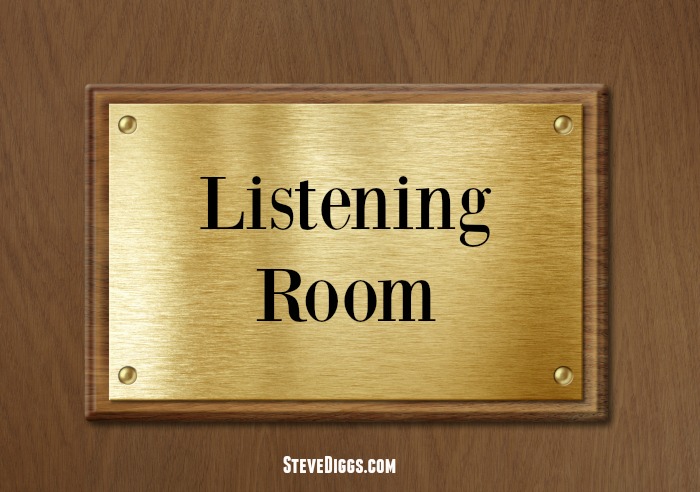 We put a brass plaque on the door that contained only two words: Listening Room

Maybe that’s the key to a lot of our problems…simply learning to listen.