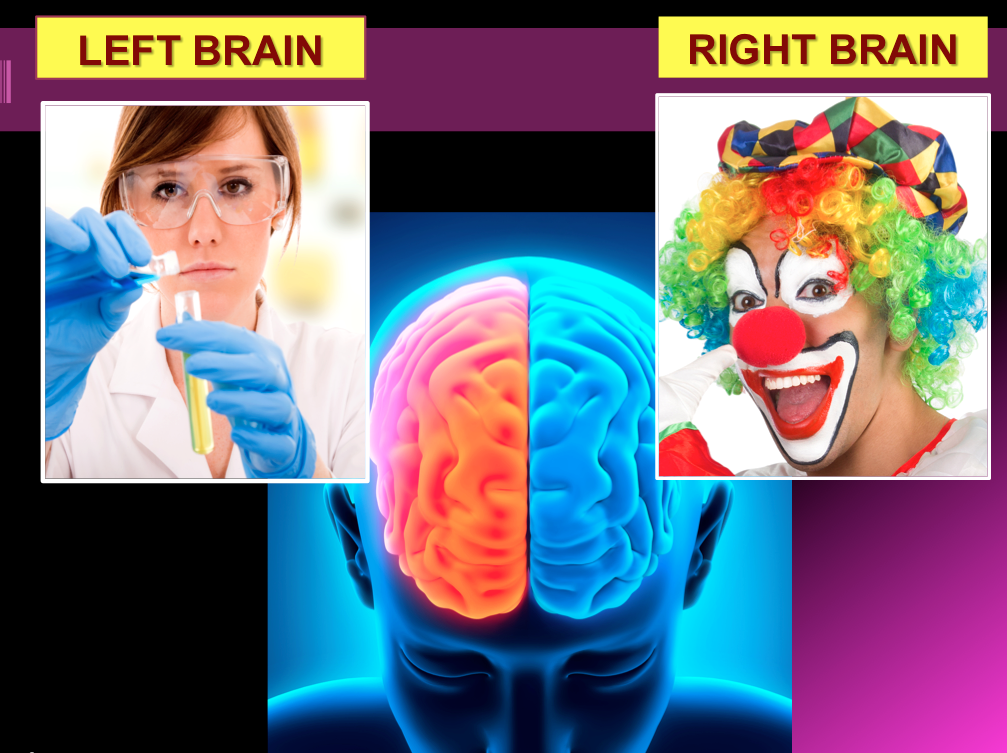 “Great, so, what does that mean?” you ask. Do you remember that kid in grade school who could write equally well with either her right or left hand? She was said to be ambidextrous. In a similar way, most successful people learn to work from both their right and left-brains. We’re told that there are two groups of people: right-brained thinkers (those who are primarily artistic, sensitive, and creative) and left-brained thinkers (those who are dispassionate, analytical, and rational).

As I ran my marketing agency over the decades, I gradually saw the need to work from both sides of my brain. That’s when I coined the phrase “mentally ambidextrous.” I recognized that if I was going to succeed, becoming mentally ambidextrous was essential.

More than in most businesses, creative agencies are a microcosm of the broader culture. There are the clients, account managers, and number crunchers (left-brained thinkers) that approach everything from an analytical, concrete worldview. Then there are the creative types (writers, photographers, artists, and the like) who are right-brained thinkers. For them, it’s all about the art. Frequently, I had to translate what a client (left-brainer) wanted to an artist or photographer (right-brainer.) The left-brainers were always worried about the budget and whether their names were spelled correctly, while the right-brainers were always pushing for something more artsy than what other advertisers were doing. The two sides approached the challenge from their individual vantages, but they both shared the same goal: to sell the client’s product. My job was to help them draw out the best from each other.

No matter what the task, people who are mentally ambidextrous accomplish more. By making full use of your logical, analytical side and then adorning it with an aesthetic, artistic presentation, you will accomplish far more.

I’m encouraged because today more thinkers, writers, and educators on all levels are finally awakening to this reality. In fact, to fully succeed in today’s world, one must be mentally ambidextrous. Daniel Pink, author of A Whole New Mind: Why Right-Brainers Will Rule the Future says, “What’s troubling is that our system is obsessed with standardization at the very time when the future of our economy depends on the opposite.”

The old, dependable, staid jobs many of the past generation depended on (bean counting, repeated chores, and the like) are being increasingly outsourced and sent overseas. Perceptive companies are awakening to this reality. USA Today reports Lazlo Bock, a vice president at Google, as saying, “We’re convinced that true innovation comes at the intersection of different fields. New employees are accessed on their “Googliness”— meaning their capability to resolve issues in out-of-the-box ways while thriving in a loosely constrained working structure.” Again, I call this being mentally ambidextrous.