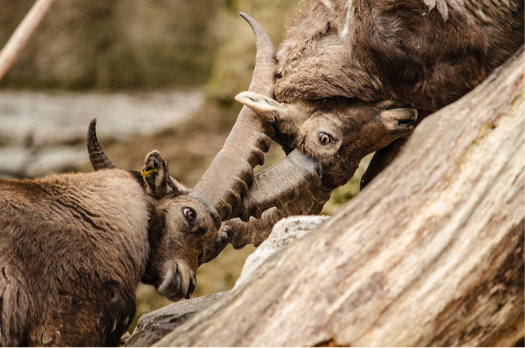 The “3 D’s of Conflict Avoidance”

I want to tell you about a call from a young person that I’ll call Greg. I’ve known Greg all of his life. He is well educated and has extremely good people skills. However, this call wasn’t a pleasant one. Greg told me that he was depressed and discouraged. As a matter of fact, he was ready to rethink his chosen career path. “What,” I asked, “is wrong?”

Greg began to share his story. Recently he had been bombarded by one disgruntled person after another. People who should have supported him didn’t. And other people within the organization, who should have been problem solvers, were the problems. People with conflicting views were pulling at Greg—both parties were unhappy and expecting him to “ x” their problems. As our phone call evolved into a long counseling session, I decided to acquaint Greg with my 3 D’s of Conflict Avoidance.

Greg told me about a couple who had interrupted a meeting he was in, to complain about an issue that concerned them. Caught off guard, it had left him flustered. I explained to Greg the importance of deferring. I told him he needed to establish boundaries — and not allow inconsiderate people to cross those boundaries.

I suggested that the next time someone confronted him with a complaint, that he simply defer the matter. Maybe he could say something like, “Jason and Kelly, I appreciate your interest in this issue. But I’m presently dealing with another matter. Why don’t you call me in the morning, and we’ll schedule a meeting to discuss your concerns in-depth?”

This would have served Greg in several ways. First, people tend to be lazy. Sometimes when a complainer is invited to be- come fully engaged, he steps away entirely. Odds are, Jason and Kelly would have forgotten the issue and not pursued it further. Second, even if they did call to set the appointment, Greg would be prepared to give it his full attention and not accidentally agree to something that he might later regret. Additionally, if he deemed it wise, he could ask another person to attend the meeting with him. Finally, this meeting would be on his “turf.” This can help an arbiter maintain the boundaries he has set.

There are good and appropriate times not to get involved. But, some people find it hard not to shoulder everyone else’s problems. The point here is that we don’t need to become toxic waste dumps for everyone with a complaint.

For instance, part of what Greg was dealing with were different parties who were upset with the behavior of the other. My suggestion to Greg was to deflect. In other words, instead of attempting to be a conduit (and making enemies on both sides in the process), why not bounce the problem back to the trouble- makers? Greg could simply say to the complainer, “That’s an interesting concern you have. Why don’t you speak directly with Connie about it?”

This way Greg would encourage the two parties to do the right thing and communicate directly. In the process, he would avoid being put in a lose-lose situation.

Another way of deflecting involves “passing the buck.” Now before you criticize me for suggesting this, let’s think about it. Aren’t there times when it is better to “pass the buck?” In the military, there are lots of decisions a colonel cannot make be- cause they are above his pay grade. So, what does he do? Doesn’t he pass the decision up-line to the general? It was the same for Greg. Some of the junk he was dealing with wasn’t under his authority. It would have been totally ne for him to say, “This isn’t my decision. We need to get other leaders involved.”

One of the toughest things I had to learn in the business world was to delegate. I’m not sure why. Maybe it was ego — I thought I could do things better myself. Maybe it was fear—I thought anyone else would fail. But because of this aw I was miserable until I changed some things.

My final suggestion to Greg was to focus on delegating. When someone approaches him with a complaint about how some- thing is being done, why not say, “That’s an intriguing concept. Why don’t you develop an attack plan? Then, after we review it, you can run with it.”

This way Greg would have no downside. As I mentioned be- fore, people tend not to follow through. But, in the event they do, great. If the individual does follow through, she is personal- ly invested — and Greg doesn’t have more work on his plate.

Postscript: Greg called me back a day or two later to say how excited he was. He had already implemented part of the “3 D’s of Conflict Avoidance,” and he told me it was helping. But, as I had already cautioned him, he was beginning to realize this is a learned skill. It will become increasingly effective with lots of practice.