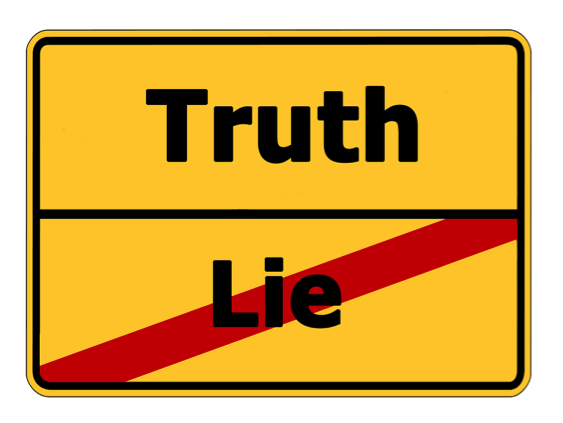 During the 25 years I ran my advertising agency we often spoke of an advertiser’s “target markets.” By this we referred the age, income levels, genders, etc. of the people we hoped to reach with our message. Saying with our advertising metaphor, you need to understand that each of us has two target markets. We should determine to be a ferocious truth teller with both:
1) Others
They say, “Honesty is the best policy.” However, the truly successful and
effective individual would go a step further and say, honesty is the only policy.
I make a point of this because if we say honesty is simply the best policy, then we allow for the possibility of another policy. And whenever there is an available option, people will default to that option when it becomes the line of least resistance.
On the other hand, when honesty is seen as the only policy…other policies won’t be an option. There are certain things that truly good people do because they are the right things to do…and good people put value in that. In a world filled with relativism and a general sense of insecurity, what if you niched your personal brand as a ferocious truth teller? Wouldn’t that be unique, memorable, and greatly appreciated?
No matter whom you are dealing with, they deserve the truth.
2) Yourself
Long-term, one of the most precious gifts you can give yourself is self-honesty.
According to public relations executive Russell Trahan, studies show 62 percent of Americans make resolutions on a regular basis, however:
• 8-12 percent of those never accomplish their resolutions
• 36 percent drop their resolutions after the first month
• 54 percent drop their resolutions after six months
To paraphrase the late, great Coach Bear Bryant, “The trouble with the road
to success is that it’s filled with too many parking places!”
We don’t usually have difficulties and failures in our lives because we simply don’t know what we ought to do. We don’t live defeated lives because we don’t promise ourselves that we’ll do better. Instead, most of our self-disappointment comes because we don’t keep those promises.
Truly effective leaders are ferocious truth tellers. They don’t compromise. They don’t cut corners. They speak the truth…even to their own hurt.