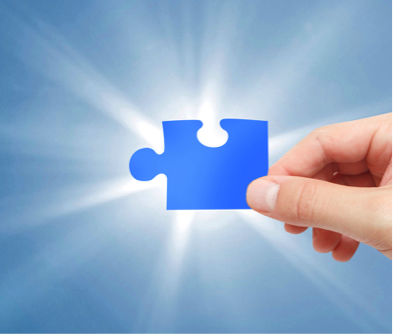 With whom are you angry? Yes, that’s the question. Right this minute, who are you mad at? Who do you need to forgive?
Is it your business partner who expects you to do the grunt work while he shows up for the rewards? What about the person you helped with a project who got the position you were vying for? Is it a colleague who sabotaged your moment in the sun? Or, is it personal? A spouse who cheated? A parent who failed you?
What I’m going to share here is another counterintuitive concept that only the most successful leaders ever embrace. This concept will change your life for the better…forever. But, again I’ll warn, it’s hard to do, especially if we focus on short-term gratification rather than long-term success.
Much of life’s pain, and most of our broken relationships, are the result of our refusal to forgive people who have hurt us.
An individual’s willingness to forgive says a lot about that person’s internal strength. It is a skill set based on our empathy for others.
People find it hard to forgive others because they’ve never truly pondered the darkness of their own hearts and realized their own sins. But once an individual has looked into his own soul, he will rush to forgive others, because he realizes this is the only way to receive forgiveness for himself.
Learning to forgive others will be one of the toughest things you’ll ever do. But it will bless you, and those you leave behind, more than anything else you’ll ever do.
The Anatomy of Ferocious Forgiving
We all know that when someone has been stabbed, the plan for healing doesn’t include that individual constantly removing his bandage and poking at the wound. But that’s exactly what many people do when they’ve been hurt by someone on an emotional level.
People become angry because they feel that they have lost power and control. When you refuse to forgive someone, you’re giving that person permission to control your life and emotions, which only fuels more anger.
If you don’t want to be angry, regain power and control by forgiving the other person. We’ve all heard stories of people who have had family members murdered…but then, determined to forgive the murderer because it was less painful than living a life of hatred.
“But,” you protest, “she hasn’t even apologized!”
Let’s be clear: your forgiveness need not be predicated on the other person’s apology or acknowledgment of their wrong. Your forgiveness doesn’t mean the event never happened. It doesn’t justify the wrong. It doesn’t excuse their behavior.

The Mayo Clinic points out some bad effects from not being quick to forgive:

• Bring anger and bitterness into other relationships and
experiences.
• Get one so wrapped up in the wrong she’s suffered that she
can’t enjoy the present.
• Lead to depression and anxiety.
• Put you at odds with your spiritual beliefs.
• Cause you to lose valuable and enriching connectedness with
others.